Made it to Glendive Montana! This morning the van started with the first turn of the key, it was 22 below. I had two block heaters on the oil pan; one 100 watts the other 200 watts. It was about 7:30 am when I fired up the old gender neutral beast; I have not decided which sex “it” is yet. I think I’ll name it after the trip.

Almost immediatly the roads outside of Great Falls become devoid of inhabitants. I suppose it was the cold. Most rational people are not fond of long journeys bounded by high winds and 22 below zero temps.

Basically, my ride was uneventful except for the bumpy ride, blowing snow, high winds, and below zero temps. The winds were around 20 mph with gusts topping 35 mph. Visibility was not an issue most of the time. Fortunatly for most of the ride the winds were at my back. Later on in the day they became crosswinds and that was daunting. When I added the fourwheel drive it lifted the van about 2 inches and it is now a bit top heavy and its profile is susceptible to wind gusts pushing me around.

In spite of my unusually foolish travel window, Montana is such a beautiful place, and a long ride across this route is highly recommended. There are the dramatic landscapes and a vastness one does not experience in other places. The the savagely harsh windy weather actually helps make the plains gorgeous and a place worth of a visit.

Sure I was nervous about the conditions and the dangers of this journey, but many do it on nicer days and now that I will be hitting the freeway tomorrow I’m sure I’ll miss what I’ve left behind, I already do!

Traveling is often a get in the car and go senerio. But I did this time what I don’t normally do, I stopped, got out of the van, and felt the raging cold winds against my face. I took in the views and felt what it must be like to live winters in such a windy and cold place.

Winnett Montana is such a place. I topped off my gas tanks there. Although I had a 3/4 full tank of gas and was chugging along just fine, when I saw a small sign that said “gas,” I hit my brakes. In lower case lettering, on a weathered board, the sign said nothing more. I remembered seeing Winnett on the map, but it is actually off the Hwy. It is tucked up against some rimrock bluffs about a half mile off Montana 87/200 in the middle of nowhere. I could tell immediatly after I hit my brakes and backed up to make the turn. This little town is not visited much by outsiders I thought. Even in the summer months one would have to ask why anybody would stop here? If my old van got just average miles per gallon I too would have just cruised by. B & D Services, is this gas stations formal business name, it’s nothing like a typical gas station.. There are no lights, no canopies to keep customers from the elements. There were just two pumps sticking out of the ground in a large dirt parking lot. In a big barn near the pumps their was a half light door with a faded sign hanging inside that said, “Open.” I entered and a nice but matter of fact woman asked, “May I hep you? I replied, “I’d like some gas please.” She said, “follow me I’ll show you how the pumps work.” You see credit cards are not accepted in the pump itself it is on a separate pole and the gas pumps were of a style I have not seen since the 1970’s. The lady took my card and inserted it into the payment pier and said, “there you go,” and she walked back to her hideout. I say hideout because inside it had only one set of shelves with oil products on them and that was all the retail business she was doing. No snacks, no drinks, nothing a consumer would buy. There was a bathroom, some furniture, a wood stove, and a back office area where she had been doing paperwork and eating a salad till I showed up. It really was not set up as a business. It was more like a rural man cave where a few of the 186 residents came to visit, stand by the wood stove, and fill up before they drove to Lewistown for groceries, it is the nearest town 54 miles away. As I pulled away I noticed a large old tower. I’m not sure what it was used for way back when, and I’ve seen many similar. In front was a run down shack, and a sign in that fit the town vide perfectly. See below:

Like so many rural western towns there has not been any population growth. In Winnett three census cycles have passed and the population has varried by only three residents. Most towns like this have lost most all of their people to dreams vanished. Here, in Winnett it has virtually stayed the same, that’s wierdly good news for this place. I don’t know how it happens, how a small population stays the same for thirty years?

Well, not much else to say and I need some sleep. So I will just post some photos and a short video. They say a lot.

Note: Across the nearly 400 miles I saw about 10 semi trucks and a dozen cars. See, there are others crazy like me!

One thought on “Lonesome Highway” 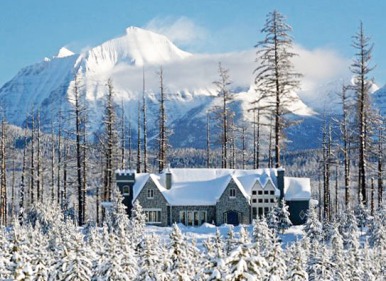 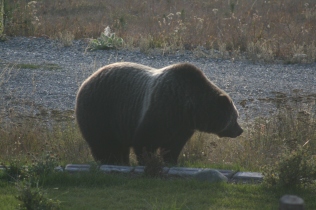 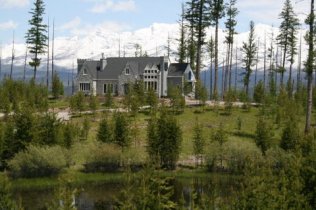 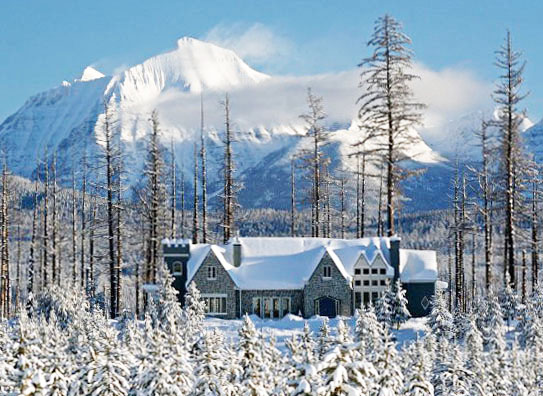